A moment’s distraction while cooking, being careless with kitchen appliances – it’s easy to see why most fires in the home start in the kitchen. 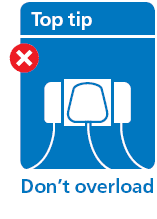 Electrical items in the kitchen

Most kitchen fires occur when people are distracted or leave things unattended, so remember: 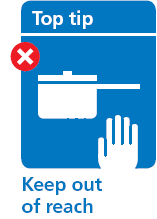 If you do have a chip pan fire:

Dealing with a fire in your kitchen

If you do have a fire in the kitchen, don't take any risks - get everyone out of your home and call 999. 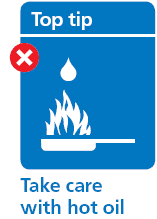 If a pan catches fire: The following steps should only be taken if you are very confident to do so – if in doubt close the door on the Fire, get everyone out of the house and dial 999

If you have an electrical fire in the kitchen: