Fire alarm systems are usually incorporated into buildings to protect life and/or property. The most appropriate system will depend on the type of building, the ease of egress in an emergency and the type of occupancy. It might also depend on what other protection systems are present, especially if a fire engineered design approach has been used. The following information may give you guidance under Article 13 of the Regulatory Reform (Fire Safety) Order 2005. It is without prejudice to anything which may be required by an enforcing authority.

Fire alarms are covered by BS 5839-1:2017 Fire detection and fire alarm systems for buildings. Code of practice for design, installation, commissioning and maintenance of systems in non-domestic premises.

The fire detection and warning system should typically include the following: -

The AFD system can be linked to other active fire safety systems in your building (e.g. door closing devices and smoke control vents) so that they operate automatically. 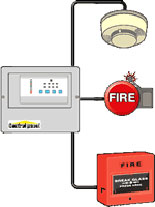 Different categories are recommended for different risks. The system design reflects the need for earlier warning with higher risk premises (the attached Annex A outlines the appropriate choice of category). The categories used are:

M systems – manual systems e.g. hand bells, gongs etc. These may be purely manual or manual electric; the latter may have call points and sounders.

L1 systems – Systems installed throughout the building with the aim of providing the earliest possible warning. In practice detectors would be placed in nearly all spaces and voids (however, toilets, stairwells and cupboards may be excluded).

L2 systems - Identical to an L3 system (see below) but with additional detection in an area where there is a high chance of ignition e.g. kitchen) or where the risk to people is particularly increased (e.g. sleeping risk)

L3 system – This category is designed to give early warning to everyone. Detectors should be placed in all escape routes and all rooms that open onto escape routes.

L4 system – Provides early warning of smoke in corridors. Therefore, detectors will be placed in escape routes, although this may not be suitable depending on the risk assessment or if the size and complexity of a building is increased.

L5 system – This is the ‘all other situations’ category e.g. computer rooms which may be protected with an extinguishing system triggered by automatic detection.

P1 system – The objective is to provide the earliest possible warning to minimise the delay between ignition of the fire and arrival of fire-fighters.

P2 system – Detection should be provided in parts of the building where the risk of ignition in high and/or the contents are particularly valuable. 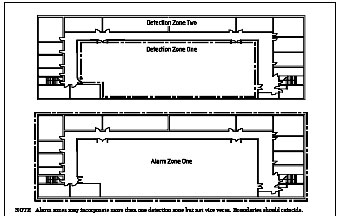 In order to give a clear indication of fire location, buildings are split into detection zones. Zones containing just call points are usually restricted to a maximum floor area of 2000m2.

If a conventional fire alarm system is present (i.e. fitted with non-addressable detectors) the floor area of a single zone should not exceed 2000m2 and the search distance less than 60m. 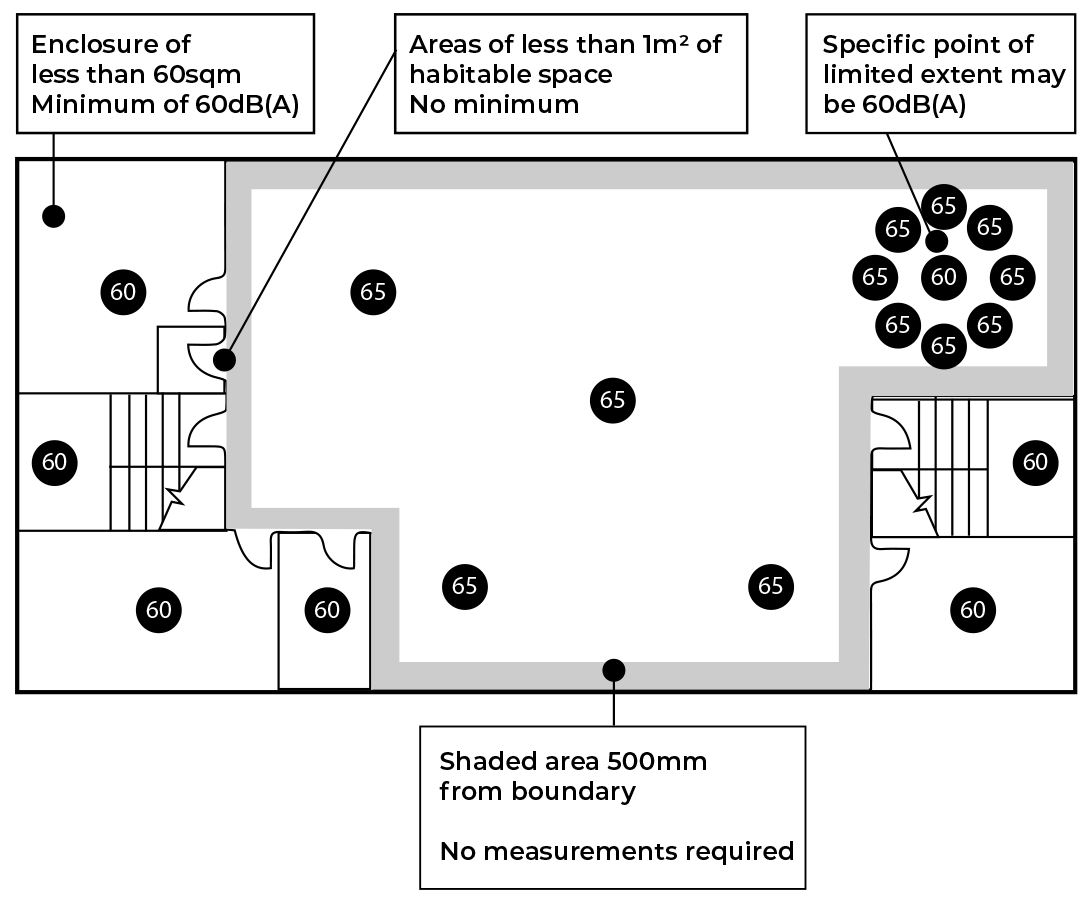 Generally a level of 65dB(A) (a sound level high enough to alert people in a normal office environment) is the minimum requirement of both an L or M system. This can be restricted to 60dB(A) in small spaces and stairwells. In areas of high ambient noise, such as a factory, sounder levels should be at least 5dB(A) above the persistent background noise. There should be at least one sounder in every fire compartment and a minimum of two in a building.

Sleeping risks require 75dB(A) at the bed head, in practice this can mean that sounders need to be fitted in all rooms where people sleep. 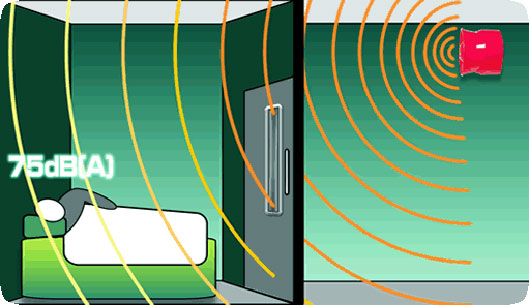 Visual signals may be required to supplement audible signals e.g. in areas of high ambient noise where people wear ear defenders. They are also useful in alerting people with impaired hearing. The lights should preferably be red, mounted above 2.1m and be bright enough to attract attention, but not so bright that they disrupt vision. 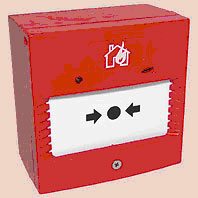 Manual call points need to be prominently sited and distributed so that they can be readily observed by persons leaving a building. Normally the evacuation signal should be sounded within 3 seconds of actuation.

Detectors have different response to fires. Where possible the detector should be appropriate to the risk i.e. – 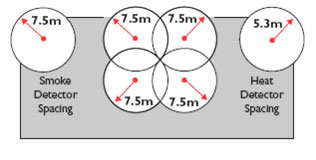 This depends on ceiling height, pitch and structure. For flat ceilings no point on the ceiling should be more than 7.5m from the nearest smoke detector (5.3m for heat detectors). In corridors less than 2m wide only the centre line need be considered i.e. smoke detectors would be placed 7.5m from the end walls and then at 15m intervals. 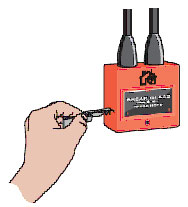 The testing routine should include:-